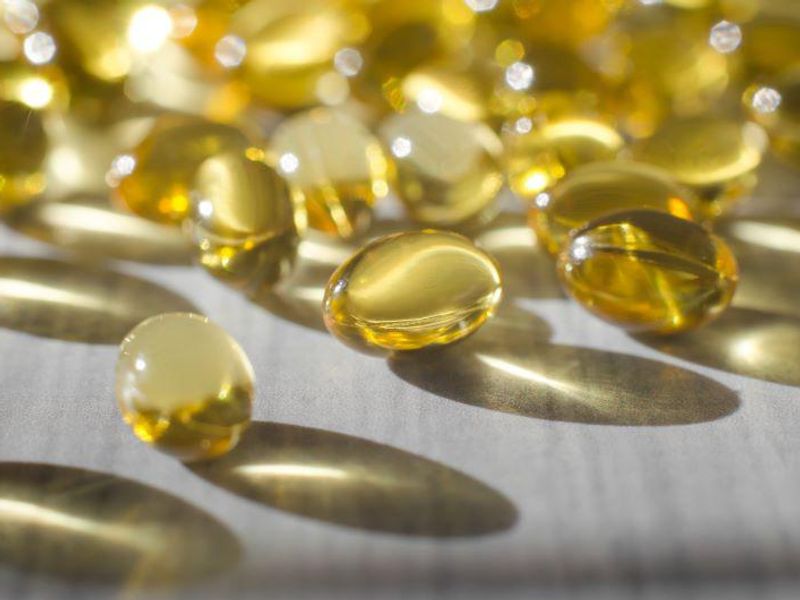 THURSDAY, Oct. 6, 2022 -- Fish has been dubbed "brain food," and a new study suggests that may really be true for middle-aged adults.

Researchers found that among more than 2,000 middle-aged people, those with higher blood levels of omega-3 fatty acids performed better on tests of certain thinking skills. They also had thicker tissue in a brain area related to memory -- one that typically thins when older adults develop dementia.

Omega-3 fatty acids -- particularly two known as DHA and EPA -- are most abundant in fatty fish like salmon, bluefin tuna, mackerel, herring and sardines. They can also be taken via fish oil supplements.

A number of studies have linked higher omega-3 intake to better brain function, and even a reduced risk of dementia. But for the most part, they have involved older adults.

The new study -- published Oct. 5 in the journal Neurology -- focused on middle-aged adults who were mentally intact. The idea was to see whether even at that age, omega-3s might make a difference in brain structure or function.

Middle age is when the earliest indicators of abnormal brain aging may start to appear, noted lead researcher Claudia Satizabal.

"So we need to think about what things we can do in middle-age to support our brain health," said Satizabal, an assistant professor at the University of Texas Health Science Center at San Antonio.

Her team looked at data on 2,183 people in the Framingham Heart Study, a long-running research project on risk factors for heart disease and stroke. The participants, who were 46 years old on average, underwent MRI brain scans and standard tests of memory and thinking skills. Their blood levels of DHA and EPA were also measured.

Overall, the researchers found, the 75% of study participants with higher omega-3 levels fared better, brain-wise, than the bottom 25%.

That former group showed greater tissue volume in the brain's hippocampus -- an area involved in memory, and among the first brain regions to show damage when people develop dementia.

People with higher omega-3 levels also outperformed their peers in tests of abstract reasoning. That's a kind of higher-order thinking that, for example, allows a person to solve new, unfamiliar problems.

Of course, people who consume more omega-3s, from food or supplements, may differ in many ways from those who do not.

The researchers accounted for as many of those differences as they could -- including age, weight, smoking habits, and whether people had health conditions like high blood pressure or diabetes.

Even then, omega-3 levels were tied to brain volume and test scores.

That is not enough to prove cause-and-effect, Satizabal said. But, she added, other studies have linked omega-3s to greater mental prowess, and basic research points to potential reasons: In lab animals, the fatty acids have been shown to reduce inflammation, and protect cells in the hippocampus from dying, while fostering the generation of new ones, among other benefits.

Emma Laing is director of dietetics at the University of Georgia, and a spokeswoman for the Academy of Nutrition and Dietetics.

In general, she said, adults should strive for two 4-ounce servings of fish per week.

"If eating fish is not an option for you, omega-3 fatty acids can be obtained from fish oil, seaweed, or microalgae supplements," added Laing, who was not involved in the study.

She offered a caution for supplement users, though: There is such a thing as too much, due to potential side effects like bleeding.

"The U.S. Food and Drug Administration advises consuming no more than 3 grams of EPA and DHA per day from foods and dietary supplements, unless medically prescribed," Laing said.

Another important point: Brain health depends on more than omega-3s.

According to Laing, a brain-wise diet also includes plenty of vegetables (particularly ones like broccoli and leafy greens), fruits (especially berries), fiber-rich grains, nuts and other "good" fats, like those in olive oil and avocados.

Your brain will also thank you for limiting alcohol and getting enough sleep, Laing noted.

Satizabal said it is best to get omega-3s from food rather than supplements, but acknowledged that can be hard. Fish is too expensive for some people, while others -- like vegetarians -- choose not to eat it.

Satizabal noted that another omega-3 called ALA is present in some foods, like walnuts, flaxseeds and chia seeds. The body can convert some ALA into EPA and DHA, but only in small amounts, she said.

Based on the findings, though, it does not take a lot of EPA/DHA to benefit the brain: People in the top 75% had blood levels that would reflect moderate omega-3 intake, the researchers said.

The U.S. National Institutes of Health has more on omega-3 fatty acids.