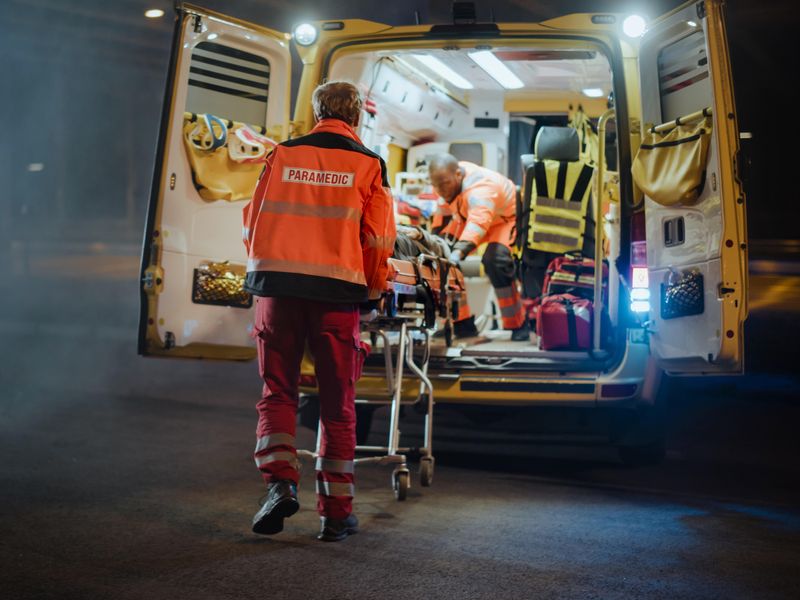 THURSDAY, July 28, 2022 -- A growing number of younger American adults are dying of heart failure, with Black Americans being the hardest-hit, a new study finds.

Heart failure is a chronic condition in which the heart muscle cannot pump blood as well as it should, leading to symptoms like fatigue, breathlessness and swelling in the legs. The condition is treatable, but it can prove deadly if it progresses to a severe stage.

While heart failure is usually diagnosed in older people, it can strike young adults — particularly if they have risk factors like obesity and diabetes.

In the new study, researchers found that heart failure deaths among Americans younger than 45 have been on the rise since 2012. That was after years of remaining stable or, at times, dipping.

There was also a clear racial disparity: Young Black adults consistently had a threefold higher death rate than both white and Hispanic Americans their age.

Experts said the reasons for the rising heart failure toll are unclear, but increasing rates of obesity and diabetes could be at work.

As for the racial disparity, they called it worrying, but not unexpected. It's well known that heart failure disproportionately affects Black Americans.

"To me, this is alarming. There's a striking disparity in heart failure death rates," said Dr. Nilay Shah, an assistant professor of cardiology at Northwestern University, in Chicago.

"But regrettably," he added, "it's not really surprising."

Shah, who was not involved in the new research, studies heart disease disparities. In a study published earlier this year, he and his colleagues found that younger Black Americans were at heightened risk of premature heart disease. And the gap seemed to be explained by both clinical factors (like high blood pressure) and social ones — including lower education levels and poverty.

Shah said he suspects similar factors could explain the latest findings as well.

Health conditions like obesity, diabetes and high blood pressure are part of the story. But those health factors are also "intertwined" with social disparities, Shah said — including educational and job opportunities, whether people can afford healthy food, and whether they have safe places to exercise.

He said that due to "structural racism," in and outside the health care system, young Black adults may be saddled with more risk factors for heart failure, and might have a harder time receiving medical care and paying for medication.

Many younger people may not even have a primary care doctor, said Khan, a cardiology fellow at Duke University, in Durham, N.C.

That means they may miss the chance to have high blood pressure or diabetes diagnosed and treated early, and that could be a particular barrier for young Black Americans, Khan said.

The findings, published online July 27 in JAMA Cardiology, are based on death certificate information from a federal research database.

Deaths rose among young Black, Hispanic and white adults alike. But, Khan said, throughout the 20-year period, the toll was greatest among Black Americans — who accounted for 36% of all deaths.

By 2019, their death rate was nearly nine per 100,000 — over three times that of white and Hispanic people their age.

The study also found wide variation among states. The Southeast had some of the highest heart failure death rates, reaching eight deaths per 100,000 in Mississippi. That compared with rates under two per 100,000 in all Northeastern states.

Both Khan and Shah speculated that state policies on Medicaid and other social programs might be one reason. Many states in the Southeast, for example, did not expand their Medicaid programs under the Affordable Care Act.

Given the complexity of the problem, both doctors said, it will take broad policy efforts to address it.

For their part, Shah said, young adults should be aware that heart health takes shape over a lifetime, and is not only a concern of older people.

The American Heart Association has more on heart failure.