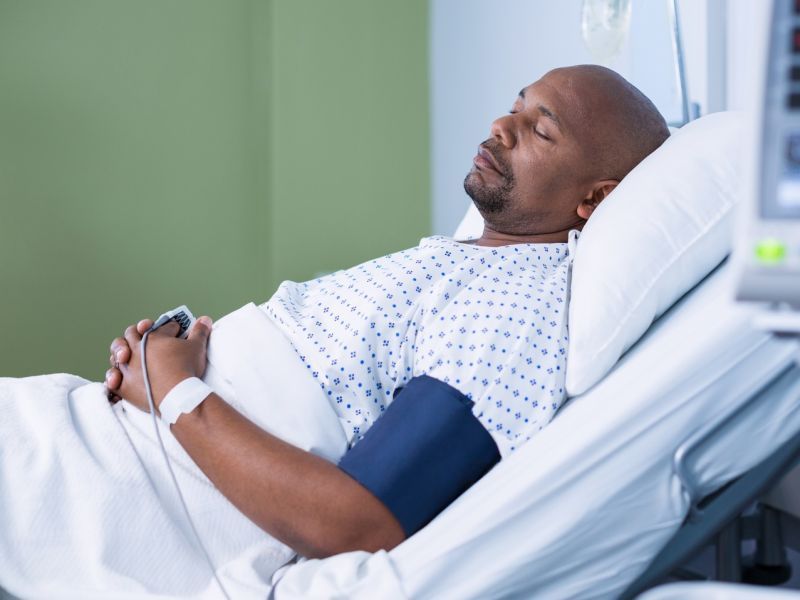 WEDNESDAY, Oct. 19, 2022 -- A person with advanced heart failure may often need a heart transplant or a mechanical heart pump to survive.

But white patients are twice as likely as Black patients to get this critically important care, a new study finds, and racial bias may be the reason why.

The findings come from an observational two-year study supported by the U.S. National Institutes of Health (NIH).

"The lives disabled or lost are simply too many," said study author Wendy Taddei-Peters, a clinical trials project official within the Division of Cardiovascular Sciences at the National Heart, Lung, and Blood Institute (NHLBI).

In this part of the study, the researchers looked to further analyze disparities in heart failure care.

To do this, they followed the cases of 377 patients who received treatment at one of 21 centers in the United States.

They found that 62 of 277 white adults, or 22%, received a heart transplant or ventricular assist device (VAD).

Yet, only 11 of 100 Black adults, or 11%, received the same therapies to extend and improve their quality of life with end-stage heart failure.

"The totality of the evidence suggests that we as heart failure providers are perpetuating current inequities," said study first author Dr. Thomas Cascino, a clinical instructor in the Division of Cardiovascular Disease at the University of Michigan.

"However, recognizing disparities isn't enough," he said in the release. "As physicians and health care providers, we must find ways to create equitable change."

After controlling for multiple factors ranging from disease severity to several social determinants of health, researchers did not find associations between patient race and death rates. About 18% of Black adults and 13% of white adults died during the study.

While treatment preferences between the two groups were similar, Black patients had a 55% reduced rate for receiving VAD therapy or a heart transplant.

That's a key point because the research showed patient treatment preferences did not drive the inequities.

There was a notable disparity in treatment that could not be explained through any other measures except unconscious bias and even overt racism and discrimination among health care providers and within the health care system, the researchers said.

One solution is training to help health care professionals become aware of their biases.

Finding ways to standardize advanced heart failure therapy would also help. This could begin by determining where the disparities in clinical care begin.

To support uniformity in doctor assessments, medical centers could partner with "disparity experts," the researchers suggested.

"Disparity experts can identify these biases and barriers in real time, provide learning opportunities, and promote equity," Taddei-Peters said. "This can be especially valuable for centers where the demographics of health care providers may not reflect the patients they serve."


About 6.2 million Americans have heart failure, according to the U.S. Centers for Disease Control and Prevention. That includes 600,000 who have end-stage heart failure. Black adults have a greater risk for the condition and are twice as likely to die from it, according to past research.

Symptoms of heart failure include shortness of breath, swelling in the lower body such as the legs and ankles, and feeling tired. Diabetes is an underlying risk factor.

The findings were published Oct. 19 in the journal Circulation: Heart Failure.

The American Heart Association has more on heart failure.