Dogs Get Healthier When People Get Fitter 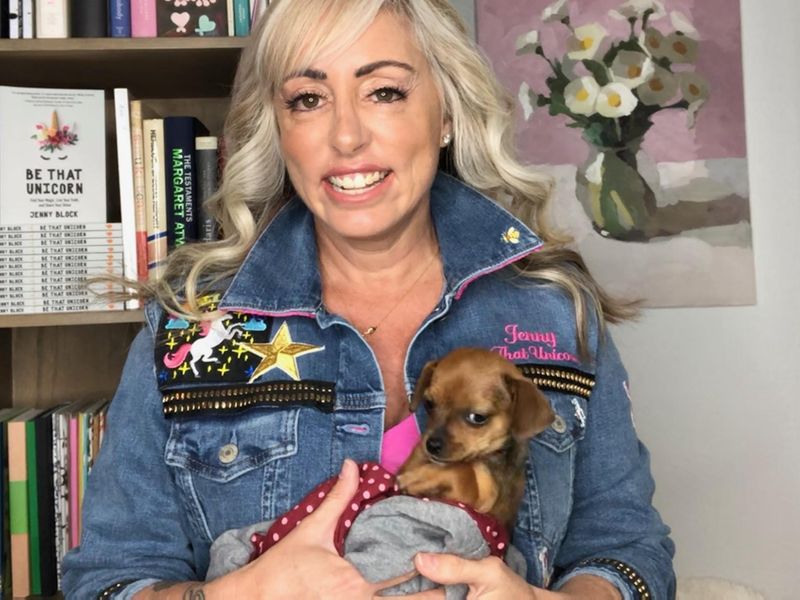 "We walk at least 1 mile and up to 4 miles in the early morning, before it gets too hot," said the Houston-based author.

"She needs it, and I need it, so it works out great," said Block, who has shed several pounds and gotten much more toned since adopting Aurora in March 2020. "I love having the company and having her all excited to go gets me excited about it, too!"

Getting fit with Fido (or Aurora, as the case may be) is a win-win for everyone, a new Canadian study finds. While previous research has shown that dog owners tend to get more exercise than folks without dogs, the new study shows that dogs with more active owners also get more exercise.

Obesity in dogs is on the rise, and dogs who are overweight face a number of health problems, such as diabetes and heart disease.

For the study, researchers analyzed results from a survey of nearly 3,300 dog owners in France, Germany, the United Kingdom, Canada and the United States. The survey looked at owners' and dogs' diets and exercise routines, along with the owner's perception of their dog's weight.

The bottom line? Dogs got more exercise if their owners spent more time exercising. More active owners were also more likely to perceive their dog as having an ideal body weight, the survey showed.

Vigorous exercise for dogs included running, playing ball or swimming, while moderate exercise was defined as walking, hiking or visiting the dog park.

Dog owners who performed moderate exercise for more than five days per week were more likely to exercise their dogs for 60 minutes to 90 minutes or more per day, the study showed.

Owners of dogs age 5 and older were less likely to perceive their dog as being an ideal body weight if they had been told their dog was overweight, attempted to control their dog's weight by limiting food intake, or reported giving dogs treats daily.

Many owners may attempt to control dogs' body weight through diet, but not exercise, Banton said.

"We encourage dog owners to include exercise as part of their dog's daily routine," she said. "If the dog is overweight, starting with smaller bouts of less intense exercise, such as a walk around the block, is a great way to gradually incorporate exercise into your dog's routine."

The study is published in the Aug. 24 issue of PLOS ONE.

Working out with a pet can be super motivating, said veterinarian Dr. Danielle Clem, hospital director of the San Diego Humane Society.

"Aside from the positive cardiovascular benefits, exercise offers important mental wellness for our pets and can help with overall behavior, too," she said.

Keeping your dog at a healthy weight involves diet and exercise. Work with your vet to develop a comprehensive approach to obesity.

"It's important to make the time for regular checkups to rule out underlying causes of weight gain and monitor weight fluctuations over time," Clem said. "Your vet can best guide you to a proper nutritional plan, and give you the green light to safely work on an exercise routine that best fits your dog's needs and abilities."

Chris Gagliardi is a personal trainer in El Cajon, Calif., and a spokesperson for the American Council on Exercise. He also owns a golden retriever and miniature schnauzer, and tries to include them in his workouts whenever and wherever he can.

Make sure that you have the right equipment, Gagliardi recommended. "A harness or a leash that connects to your waist may be better than a collar if you are going for a run with your dog," he said. Let them do their business before the run.

However, "if you and your dog aren't all that physically active, take it slowly and work together so you don’t overdo it," Gagliardi added.

Not all pets are built for vigorous exercise, he noted. His golden retriever loves going for hikes and runs, but his miniature schnauzer is more of a guard dog who prefers to meander and bark at other dogs.

"Know how your dog behaves around others, as this could be a barrier [to exercising in public]," Gagliardi noted.

The San Diego Humane Society offers tips on exercising with your dog.