Free Monthly Articles on Aging In Place, Safety and Caregiving.

Negotiating Family Disagreements About What’s Safe During the Pandemic 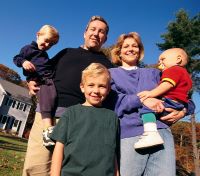 Nearly six months into the pandemic, there is still uncertainty in many parts of the country about when it will be safe for family members, if they live apart, to interact with one another normally, such as socializing in each other’s homes, going out to dinner together, and hugging and kissing. Different family members of different ages and health conditions may have different degrees of vulnerability. Some may be more risk-averse than others.

Levels of Anxiety, Addiction, Suicidal Thoughts Are Soaring in the Pandemic

(HealthDay News) -- The pandemic is taking a big toll on Americans' psyches: A new government report found that about 41% of adults surveyed in late June "reported an adverse mental or behavioral health condition."

That's a big rise from 2019. For example, the data shows that the number of Americans suffering from an anxiety disorder had tripled by late June compared to the same time last year, and the number of those with depression had jumped fourfold.

More older Americans have been seeing their doctors virtually since the pandemic began than ever before, a new poll finds.

During the first three months of the pandemic, one in four patients over 50 years of age used telehealth -- way up from the 4% who did so in 2019.

Comfort levels with telemedicine have also risen, the researchers said. In 2019, most older people had at least one concern about telemedicine, but by mid-2020, the number of those with concerns dropped, especially among people who had a virtual visit between March and June.